The voices of two great journalists fell silent at the end of July 2021. 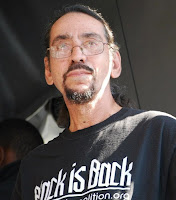 Glen Ford, who died on July 28, was first recruited to read the news on his father’s music radio programme in Georgia in 1961, at the age of eleven. By the late 1980s, Glen had co-founded a Rap Music radio syndicate which provided a platform, on 66 radio stations, for many young Black American artists to express themselves artistically and politically. The independent music labels associated with the syndicate were slowly bought up by corporate interests, and before long, the politics was overtaken by the misogyny and profanity that is now more commonly associated with the genre.

Ford went on to co-found the Mutual Radio Network in Washington DC; America’s Black Forum – a weekly television programme, then The Black Commentator (blackcommetator.com), and finally, Black Agenda Report, of which he was Executive Editor until his death, and which also had a radio and a TV component. With his experience and track record, Ford could have been a media mogul, but his intention was always to provide news, analysis and commentary of national and world events from the Black Left perspective, and he was therefore accepting of, and philosophical about the fact that he would hardly ever be seen on mainstream media. Even Democracy Now! stopped inviting him on after a frosty debate with then-Obamite Michael Eric Dyson.

He was especially unpopular with avid supporters of Barack Obama. When Obama first started being noticed as an Illinois senator, Ford and a colleague at The Black Commentator were immediately suspicious of the sudden removal of an anti-war speech from the politician’s website. They questioned him constantly over a period of weeks (they found him a willing, accessible interviewee, at first) and finally sent him a last set of questions about his intentions were he to become a US Senator. Ford would say years later, “I’ve never regretted a political decision as much as having passed Barack Obama when he should have failed the test.” He would later refer to the president constantly as “not the lesser evil, but the more effective evil,” when compared with Bush, or his Republican rivals, McCain and Romney.  Furthermore, Obama's and Martin Luther King, Jr.'s legacies were diametrically opposed, Ford opined, and he argued that Obama's effect on the continent of his father's birth was disastrous.

Ford was particularly scathing about other Black American politicians, dubbing them “the Black Mis-LeadershipClass,” for what he saw as their complicity in the exploitation of the global majority. Always part of a very small group of lone voices in the wilderness (he estimated that BAR had an audience of about 25,000), he lived relatively unscathed to the age he did probably because with such figures, he never posed a real threat to the establishment. 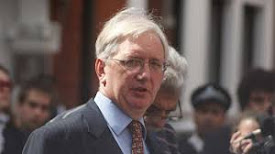 The same cannot be said of Craig Murray, who has over 93,000 followers on Twitter. By comparison, the editor of the Times has 7,000, and the Guardian’s has 113,000. Thanks to social media and to the sheer quality of his blog (www.craigmurray.org.uk), he has a reach of literally millions. He had lost his job as British Ambassador to Uzbekistan after turning whistle-blower and exposing the Tony Blair government’s complicity in torture programmes.
Since then, his blog has been a counter to what he describes as relentless state propaganda. Three examples of stories he has very rationally demonstrated the untrustworthiness of mainstream media’s coverage of are 1: The case against Julian Assange; 2: The Skripal affair; and 3: The Alex Salmond trial. His dispatches regarding this last case strongly suggested that Salmond, the former leader of the Scottish National Party and First Minister of Scotland, was set up by his successor and those around her. The defence case was that these people concocted false allegations of sexual impropriety by Salmond against several women. This would have landed Salmond in jail, had a majority-female jury not cleared him of all charges. On all these, Murray’s journalism was in a class above all the major outlets - the BBC included - and adds credence to his suggestion that the Scottish and UK governments are corrupt, the SNP hierarchy has little interest in Scottish Independence (the reason for which the party exists) but is maintaining a charade in collusion with Westminster, and finally, the mainstream media does little more than just spread government propaganda.
In many countries, such brave journalism could send you to an early grave, or to jail. Scotland has shown itself to be one such country, for Murray was found guilty of contempt of court, for the curious charge of "possible jigsaw identification" of Salmond's accusers. The trial was held in Scotland (without a jury), and the Supreme Court in London refused to hear his appeal, giving him and his supporters the sense that this was very much a political conviction arranged between London and Edinburgh.

Tremendous outrage was shared on social media, and demonstrations were held in Edinburgh, Inverness and Aberdeen. Murray finally surrendered himself to police in Edinburgh on August 1, amid dozens of supporters who had gathered to wish him well. They sang Auld Lang Syne, and raised a toast to him over champagne.

Mainstream media reported none of this. The British public, on the whole, does not know that a journalist has become the first media person to be imprisoned for contempt of court in Scotland in 70 years, or that the charge was designed to ensnare him alone among all journalists.

Rather worryingly, the National Union of Journalists has been totally silent on the matter. This is hardly surprising, as the NUJ’s leadership, in apparent contravention of the union’s rules, prevented Murray from renewing his membership in 2020, citing objections from persons unknown. This reminds me of a quip I heard once: that bosses of a construction union, and many of its members, would happily agree to build a prison for construction workers only, just to keep themselves in work for a while.

One is also reminded of Pastor Niemöller’s poem, “First, they came,” to which there is this pithy adaptation:

First they came for the journalists
And I did not speak out, because
I was not a journalist.
We don’t know what happened next

But we do: authoritanianism and fascism.

Journalists like Glen Ford and Craig Murray have given us, at huge personal sacrifice, valuable weapons with which to fight: information. Thankfully, there are others in their mould still standing. Murray will be out in a few months, and even though Ford won’t be back, there is this line of inspiration from a dissident Greek poet:

You tried to bury me, but you forgot I was a seed.

Rest in Power, Glen Ford. We pour some drops of champagne into the earth in your honour. And see you again soon, Craig Murray.

www.tayoalukoandfriends.com
Posted by Tayo Aluko at 12:30